The Specification Explorer is where new specifications are created from projects, and existing ones viewed and modified. 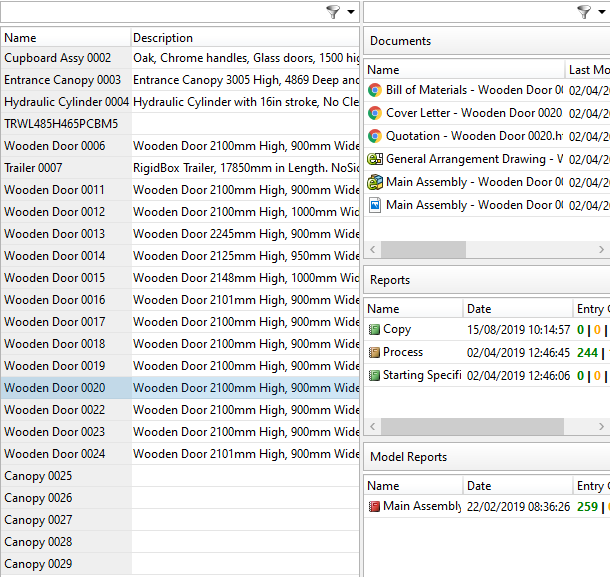 Please see the topic How To Use Filters for more advanced filtering information.

To Create a New Specification 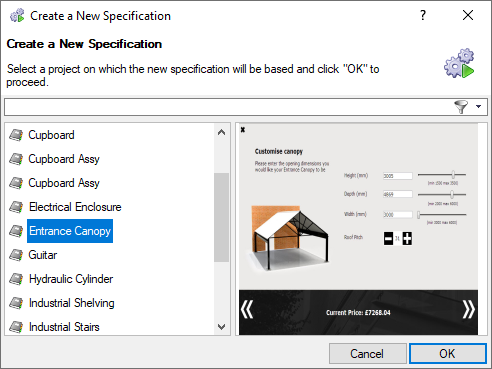 To begin a new Specification follow the steps below:

If the Project is not displayed in the Create New Specification list, the following settings could be the cause:

Once a new specification is started, navigate to the end of the user forms using the navigation buttons at the bottom of the forms. The appearance and position of the buttons does depend if the default navigation and specification flow are in use.

The following navigation buttons will appear when the default Specification Flow is in use:

By default each specification will display a section named Tasks. This is where the Form Messages appear. Not until all Tasks are completed will you be able to move on to the next form, finish or release the specification.

Available in DriveWorks Administrator only.

Start a new specification and click the Test Mode button.

You can also use the keyboard shortcut Ctrl + T to toggle between Test Mode once a Specification has been started. 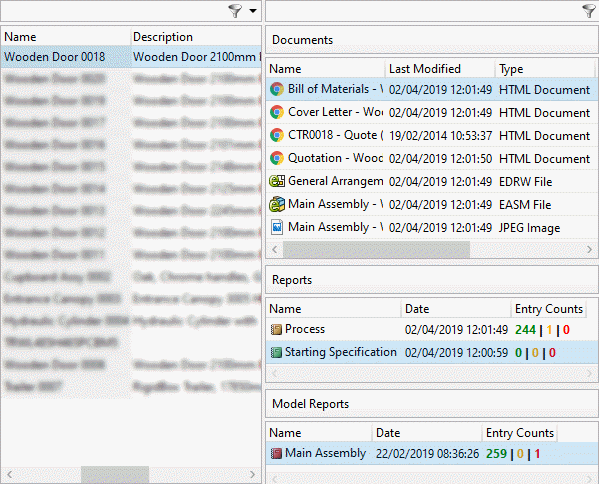 To view a report or document for a specification:

If a document is not listed it may be set to be hidden.

Check the setting Show hidden files when viewing specifications to display all documents.

Please see the topic How To Use Filters for more advanced filtering information. 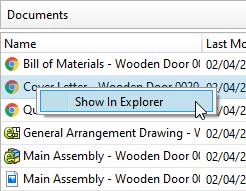 This will launch Windows Explorer at the location of the selected document.

Reports created each time the specification is processed are displayed in the Reports section, under the Documents list.

DriveWorks Administrator can still be used when reports are being viewed.

Model Reports created during generation of any models for that specification are displayed under the Reports list.

DriveWorks Administrator can still be used when reports are being viewed.

When a specification is in a paused state (see Specification Flow) it could have operations and transitions applied that can perform a further action on the specification.

Operation and transition buttons appear on the command bar of the specification explorer.

Applicable transitions and operations can be invoked on multiple specifications.

When invoking an action on multiple specifications the following dialog will be displayed:

The available options are: